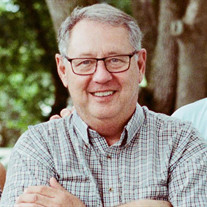 LAKELAND - Mr. Charles Carey Blanton, 68, passed away Saturday, July 25, 2020 in Lakeland, FL. Carey was born September 23, 1951 in Lakeland, FL where he remained a lifelong resident, and gave of himself through work and leisure time for the betterment of his community. Carey graduated Lakeland High School in 1969, and worked many years as the meat manager of Publix Supermarkets in Lakeland, and later founded America's Best Chicken & Sides. He had a great work ethic and did not sit idle, and with this he also worked as a Polk County Sheriff Deputy, and with his love of music, founded the Lakeland Music and Friends, also known as BMV. Carey mainstreamed music gatherings on Lake Mirror and Sanlan Golf Course, and to continue his involvement in community activities, Carey was a member of the Lakeland Masonic Lodge #61, the Scottish Rite, and formerly affiliated many years with the Crossroads Baptist Church of Lakeland. He was preceded in death by his parents, James Lamar Blanton and Frances Woodward Blanton; sister, Jan Anglin; brothers, Lamar "Bubba" Blanton and Kemp Blanton. Carey is survived by his loving wife, Julie Blanton; sons, Derek Blanton, Dustin Blanton; daughter, Adena Carnish; brother, Roger Blanton and wife Marcia, all of Lakeland, FL; grandchildren, Ava, Ella, and Tinsley; and several nieces and nephews. Visitation will be held from 10:00 a.m. - 11:00 a.m., Tuesday; July 28, 2020 at the Gentry-Morrison Southside Funeral Home, 1727 Bartow Road, Lakeland, FL 33801. Funeral services will follow at 11:00 a.m. in the funeral home chapel, and interment will be in Oak Hill Cemetery, Lakeland, FL. In Lieu of flowers, for those wishing, contributions may be made in Carey's memory to: The Alzheimer's Association, 225 N. Michigan Ave., Fl. 17, Chicago, IL 60601. Hancock Funeral Home, Fort Meade, FL 863-285-8171

LAKELAND - Mr. Charles Carey Blanton, 68, passed away Saturday, July 25, 2020 in Lakeland, FL. Carey was born September 23, 1951 in Lakeland, FL where he remained a lifelong resident, and gave of himself through work and leisure time for the... View Obituary & Service Information

The family of Mr. Charles Carey Blanton created this Life Tributes page to make it easy to share your memories.

Send flowers to the Blanton family.